My first encounter with the Legend of Zelda (LoZ) was when I was 10 years old. I was watching my brother power through The Legend of Zelda: Majora’s Mask, and aside from creepy bosses and difficult puzzles, Majora’s Mask looked HARD. I actually didn’t attempt this title on the series until just recently, after playing several other LoZ games, and I admit that I still haven’t beaten it yet.

Nonetheless, after seeing my brother play for hours every day after school, I decided to pick up another game in the series; The Legend of Zelda: Twilight Princess. I LOVED this game for a lot of reasons, and it was the first video game I ever played solo. It was also what led me to becoming someone who enjoys completing games to a full 100% (I wanna cry sometimes because s i d e  q u e s t s…but it’s fine).

In all, I have become a die-hard LoZ fan and will always love the games in this series, even when they don’t make sense to me or are *cough… mildly disappointing. But before I elaborate, let me make it clear that these are purely my opinions and takes on LoZ and it is COMPLETELY OKAY to disagree with them! The Legend of Zelda community is vast and full of great people with a ton of knowledge and perspective, and I will always appreciate a good, hardy discussion (or straight up fiery debate) on what we love or not love about the games in this series. I am simply writing to you to convey my own thoughts. With that said, let’s talk about The Legend of Zelda: Breath of the Wild. 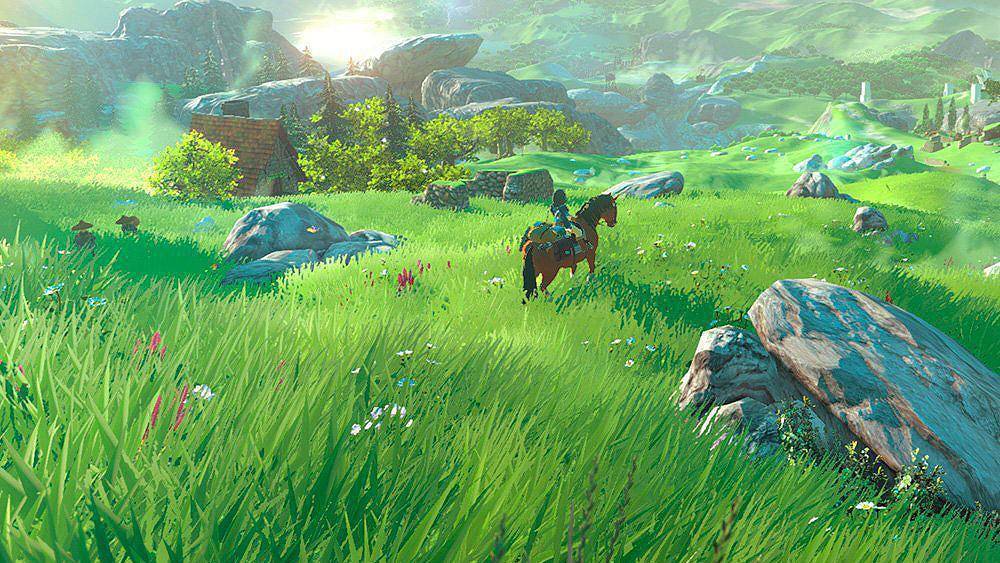 The reason I’m bringing up this game is because the next new LoZ game will branch off this, and there is a lot of speculation about what we will be seeing in the upcoming title. I also understand this game has been out for a while, but many might be giving it another go to brush up on story, etc. before the new game releases. Another reason is simply that, again in my opinion, this game was kind of…unsatisfying. Now, I know that’s a strong word, but let me explain!

I will admit that one reason why I like LoZ games is because they all follow a similar path. Link must fight a version of Ganon, save someone or something, and in order to do so he will work his way through dungeons and regions and, at some point, get a little help from other characters. Although BoTW followed this path relatively closely, one big thing that was a miss for me was the lack of lengthy, unique dungeons. Sure, there were 120 shrines and 4 divine beasts. Are they all offer unique experiences and adventures? Not exactly.

The shrines would occasionally provide some really cool, in-depth puzzles, and it was a nice touch offering total player creativity and freedom when beating them. However, there were a lot of repeat shrines, especially those that were battle based, and instances where you could bypass the entire puzzle with a meta mechanic. The shrines unfortunately lost their allure mid-way through the game for me.

Now, despite the divine beasts being 4 different animals, they were all very similar inside. The puzzles were only slightly different, the interiors looked the same, and the bosses were just variations of each other, and ultimately just variations of Calamity Ganon. Now, did this make sense for the BoTW storyline? Yes, it did. It made complete sense that Calamity Ganon would create bosses in his vision and would match them to the regional elements of the divine beast that housed them. Were they creative in their own right? Again, yes, it was an interesting way to provide a different perspective on puzzles. Did they feel like dungeons? Kind of.

To me, the process of getting inside the divine beasts was more fun than actually completing them. The interior felt a little old mainly because of the similar design and the fact that the divine beasts were not only optional puzzles but could be done in any order reduced their overall importance. For some, this may have been nice and added freedom to the game, but personally, nothing was more frustrating than making my way onto a divine beast and feeling as though I was missing an important skill, ability or even weapon needed to beat it or make the fight more enjoyable. For this game, I would have liked to see more specific, traditional dungeons that echoed the remains of past games, due to the amount of easter eggs and ruins from previous titles that could be found throughout the BoTW landscape. Sure, you might be saying “But Zouioui! Doing the same old dungeons gets old! We want some fresh creativity up in here!” Don’t worry, I agree with you whole-heartedly. A major draw to LoZ games for me is a highly themed, story driven dungeon with unique enemies, puzzles and weapons within it, and I think I will always feel that way. Revisiting a decrepit forest temple or working through the remains of a ghostly Gerudo fortress with 100-year-old enemies would have been a blast and a heaping slice of nostalgia pie. You can’t always bring back the same old puzzles and ideas though, so I guess this is just something I will have to get used to with newer titles. 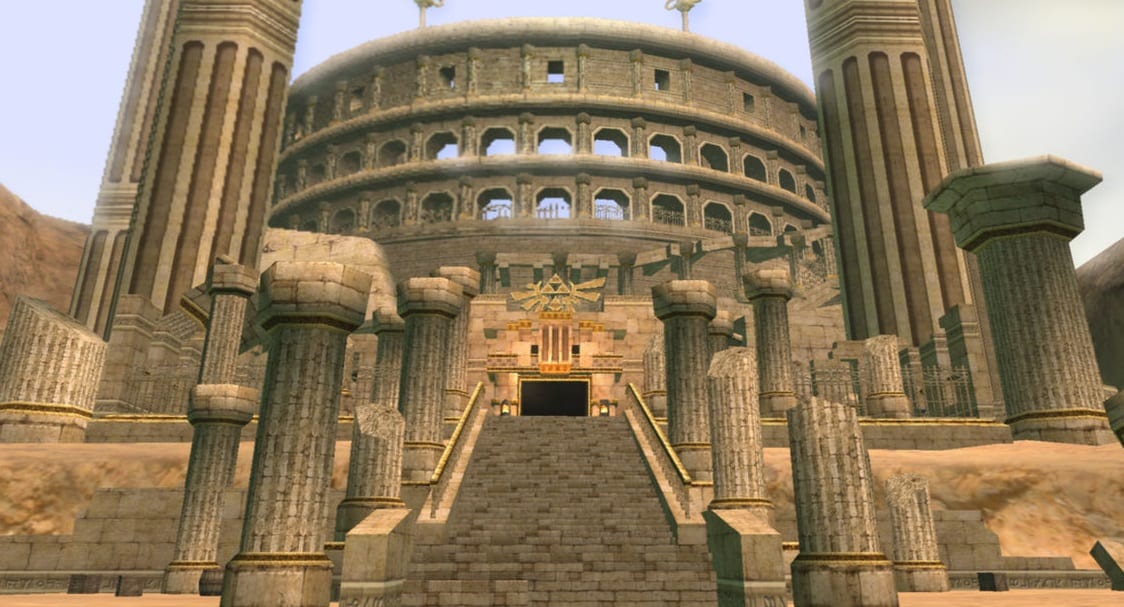 Another reason why BoTW was kind of lame towards the end has to do with my unhealthy need to complete games 100%. Now, I understand that this is a personal problem, but I feel confident in saying that korok seeds make me and many others want to go cry in a corner. Large fetch-quests such as these get tedious very quickly, especially when they are not needed to beat the game. Then again, if we did need to uncover 900 korok seeds to beat Ganon, I think that I would just place this game on the shelf right next to Majora’s Mask and make peace with never beating it.

There was a lot to offer in this game when it came to side questing but doing fetch quests repeatedly became a little monotonous, and most often the rewards were rupees. This is not to say that BoTW didn’t offer some fantastic side quests (I’m looking at you Tarrey Town) and great side adventures, such as the massive labyrinth mazes and eight heroines’ quests. I think that what stood out the most about these quests, and maybe then entire game in general, was how incredibly lonely it was. 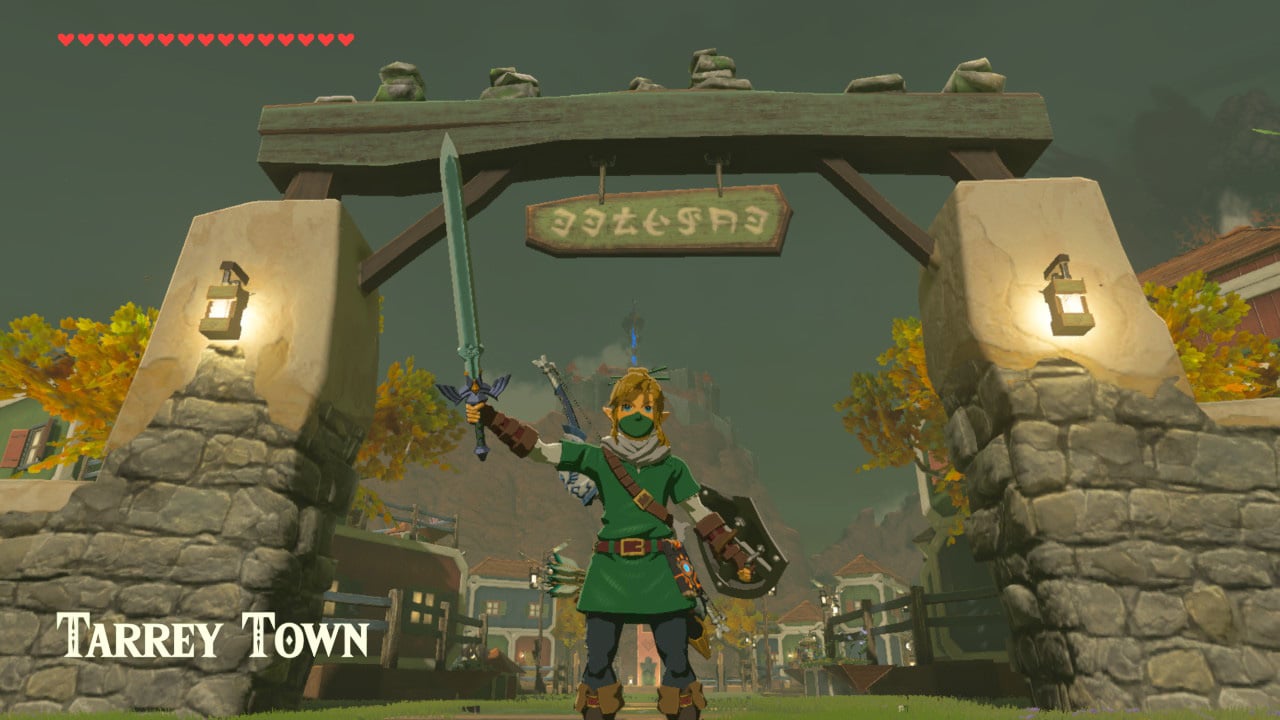 Now, I realize that this is a very common take with BoTW and that fans have already conveyed their confusion with Link’s missing BoTW companion. I get that this was also a storyline decision, as the feeling of emptiness and loneliness helped fans understand that Link had indeed been napping for 100 years, all his friends were gone, his home was in ruins, and it was LITERALLY all up to him to save it (#emotionaldamage). In reality, no matter where Link was in the world, it just never truly felt like he belonged.

In previous titles, Link’s character would start in a village of some sort where he had created a lifestyle and friends. Whether it was as a Kokiri in the forest, a stable hand at a farm, a student at a school, or an apprentice of some kind, Link always had a place that helped the player feel grounded at the beginning of a game. Maybe the fact that Link doesn’t start off this way in BoTW is all part of the plan to disorient the player and increase that sense of disconnect between them and the world. Personally, that feeling of disconnect followed me throughout the entire game and just compounded with each lost memory or flashback. Maybe I’m overthinking this, but hey, these games never cease to amaze me at their complexity and interconnectedness. 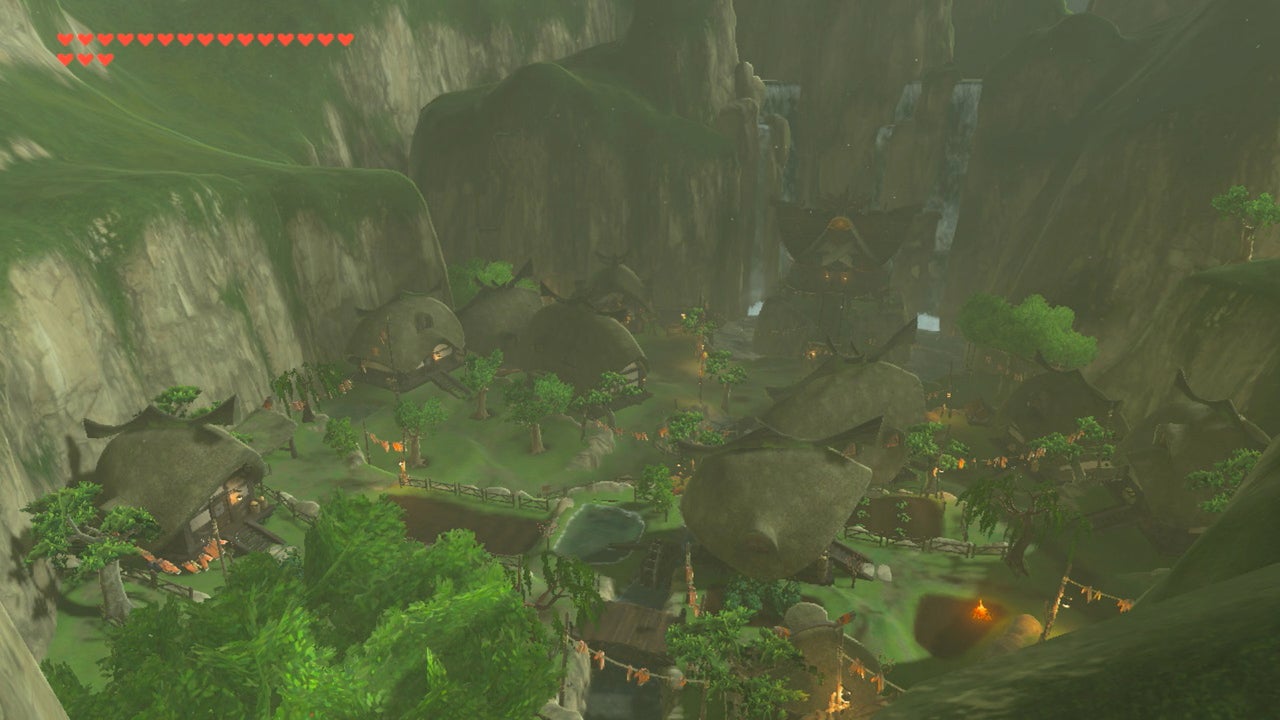 Ultimately, my point here is that my play through of BoTW felt like I was missing something, and overall, the game just seemed a little out of place among the other titles in the series, despite being revolutionary in the world of LoZ. Looking towards the future, this means that the upcoming title has a huge opportunity to set a new tone and incorporate some amazing things. In the trailer we have already seen elements from Skyward Sword make a return, and it seems like there will be some really cool new characters and adventures in store for us. During this waiting period, I have had a chance to return to some of the older titles and discover more reasons to feel hopeful about where this series is going. It may seem like I am a tad pessimistic but trust me when I say I am truly very excited.

I hope this letter was thought provoking, and if you agreed or disagreed, please say so in the comments!

From one Legend of Zelda fan to another, thanks for playing such a great series and being part of this incredible community.

I think this was a wonderful article and an opinion that had its positives and negatives. I truly enjoyed BotW but I also am not a completionist. I beat it and moved on! For one that grinded the entire game. this may have become a redundant title and I completely understand that. I think all your points were valid. The best thing about Zelda titles is they create a new fan base while keeping the old ones in my opinion. A lot of people really enjoy the variations between games. For me A Link to the Past is my ALL TIME FAVORITE. I grew up on this title and it just felt like a infinitely long title with two worlds blended into the game. I played it as an adult a few years back and it was just as good as when I was a kid. If you haven’t played it, I highly suggest!. Again great article!